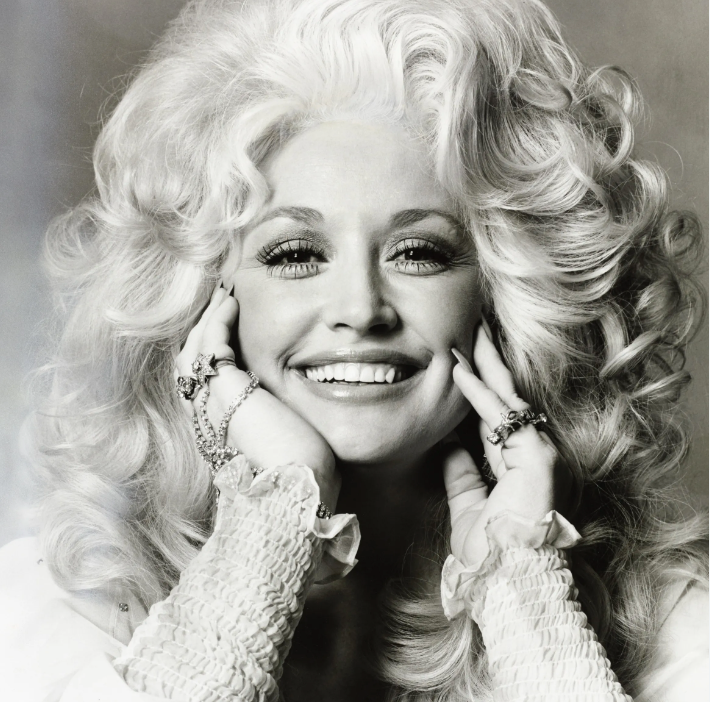 Celebrating Dolly: A Look Back

East Tennessee’s very own pride and joy, Dolly Parton, has come a long way since her humble beginnings.

Born the fourth child of twelve in a modest, one-bedroom home, the iconic country singer decided from a young age that she would pull both her family and herself out of their situation, and boy did she.

Every Tennessee native is familiar with Dolly, but how much do you know about her start? How she met her husband that stays out of the public eye? How did Dollywood come to be? Continue reading to find your answers and expand your Dolly knowledge.

Parton was born into a musically-inclined family deep in Appalachia, with her mother a singer and grandfather a preacher who wrote a song later recorded by Kitty Wells. Inspired by the vision of moving on to greater things, Parton was determined to make music her ticket out. Her dreams were encouraged by her uncle, Bill Owens, who gifted Parton her first guitar and landed her a televised gig on a variety show recorded in Knoxville, Tennessee.

It wasn’t long before some people in Nashville caught wind of the young talent (Parton was only ten at the time of her televised performance), and offered her a spot performing at the Grand Ole Opry in 1959.

After recording a few songs for labels a few years later, Parton packed her bags and headed for Nashville, which was the start of the Dolly we all know (and love) today.

*Dazzling Dolly Detail #1: It was during her first day in Nashville visiting a laundromat that she met her future husband, Carl Thomas Dean. After tying the knot in 1966, the two have stayed happily married. Though he stays out of the public eye, Dean has stood by her side throughout her career (though not at her performances, which he’s only seen three of).

Parton really began making waves in 1967 when she was brought on to replace Norma Jean on The Porter Wagoner Show. Considered now to be one of the most successful half-hour country music programs, Parton was a hit alongside host, Wagoner. It wasn’t long before record labels were seeking Parton out for both solo ventures and duets with Wagoner.

After nearly a decade on the show, Parton departed in 1976 after bidding farewell to Wagoner with her iconic single, “I Will Always Love You.” Now at new heights in her career (having been voted the Country Music Association’s Female Vocalist of the Year in both 1975 and 1976), Parton once again looked towards the bigger and better: Hollywood.

With her discography and budding acting career in development, it didn’t take long for Parton to become a household name around the country. Parton decided that she wanted more, though, and ‘more’ included giving back to the place she once called home: East Tennessee.

In 1985, Parton, along with investors, opened Dollywood. The theme park, now home to fifty rides and has a sister waterpark, has become one of the South’s leading tourist attractions. In 2007, Parton opened her own record label, Dolly Records. Two years later, she wrote both the music and lyrics for the Broadway production of 9-5 which then later got her nominated for The Best Original Score Tony award.

But Parton wasn’t (and isn’t) done yet.

Dolly’s Philanthropy: The Greatest Gift of All

Parton launched one of her biggest successes in 1995 with her Imagination Library, a program that gifts one book a month to a child between the ages of 0 and 5. What once was a way to give back to the children in her community has now expanded on a global scale. Today, her program spans five countries and gifts over one million free books each month to children around the world.

*Dazzling Dolly Detail #2: According to the foundation’s website, Parton was inspired by her father’s inability to read and write when she started Imagination Library.

For those who work in either of her theme parks, Dollywood & Dollywood Splash Country, Herschend Enterprises–who operates the park–offers to pay up to “100%” of tuition, fees, and books for employees who wish to seek higher education.

In an effort to continue giving back to her community and raise graduation rates, Parton developed the Dolly Parton Scholarship which awards a $15,000 scholarship annually. The scholarship was developed for students who have a dream they wish to chase and who can successfully “communicate their plan and commitment to realize their dreams,” much like a young girl from Locust Ridge, Tennessee once did.